The Double-Sidedness with Inside and Outside

Things that are visually very clean contain something other than the appearance behind them or renew things beyond their appearance. That’s the case with faucets and ceramics we use in the bathroom. By appearance, they are clean pure white or glittering silver. Contrary to their appearance, however, they are tools for receiving the impurities from the human body or let out water to ensure a new and clean start by wiping off the impurities.

Royal & Co., which has focused on research and production of such ceramics and faucets since its days as ‘Royal Toto’, is a company that doesn’t settle for the production of products but lays great store on the meaning of products. The company is seriously committed to incorporating the meaning of ‘water and people’ in products, which commitment led to the company’s practice in culture and space that came earlier than its competitors. Ten years ago, the company designed and created in its office building in Nonhyeon-dong a cultural multiplex that included an exhibition hall, a restaurant, and a gallery. And exactly ten years after, the space that has fulfilled its erstwhile role is getting into its new outfits.

The Royal & Co.’s building in Seoul, which has the three floors of B1 & 2F that are covered by this project, has a unique structure that appears like one single block with ‘the void’ penetrating all three floors. B1 includes exhibition hall and gallery and 1F has cafè and restaurant, while 2F holds lounge bar among others. And each floor includes organically arranged sales venues for various goods from unique brands. Notably, 1B had to present even more things as eleven newly developed bathroom packages were going to be deployed in the main. Because many things had to be presented in one single space, we thought that the total concept could fail to serve as the center and let all the elements function separately.

So, by taking the afore-mentioned double-sidedness with ‘inside’ and ‘outside’ as the total concept, we have made it look like a single space from a broader view and had the various separate characteristics show naturally at a look inside. Consistency is ensured with the all-encompassing achromatic finish, while the inside of each block is characterized with a finish that embraces each function. Particularly, for the B1 exhibition hall, eleven bathroom packages are presented as different blocks, while the risk of boredom from the consistency in expression has been avoided by varying the levels and block sizes. And we have tried to keep to the concept even as the atmosphere changes moving up through the floors.

Perhaps, the bigger or wider what one has, the more one wants to carry in it. When a lot of things are carried, its most important meaning can be thinned. Implementing the project, we have thought that perhaps our role is to prevent such losses. We hope that a lot of people will feel the good meaning that the project wants to carry in the space. 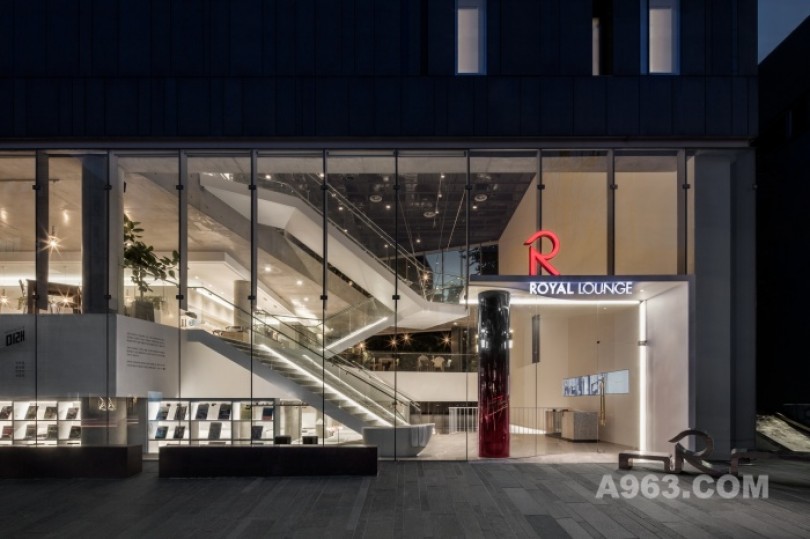 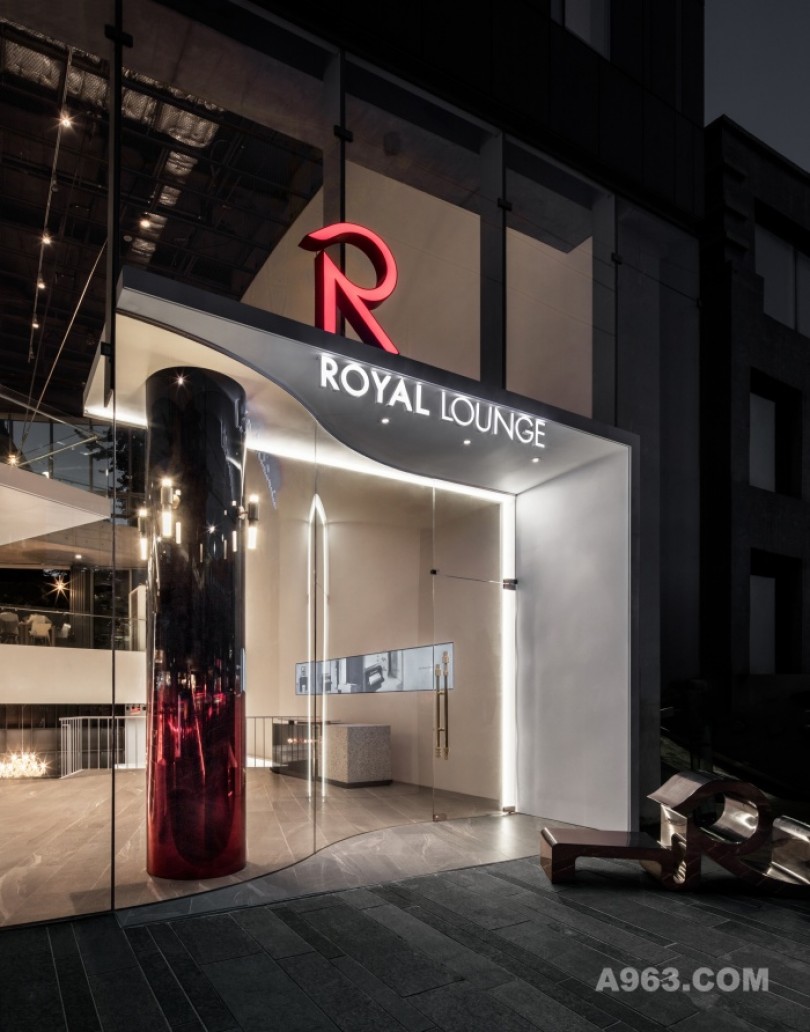 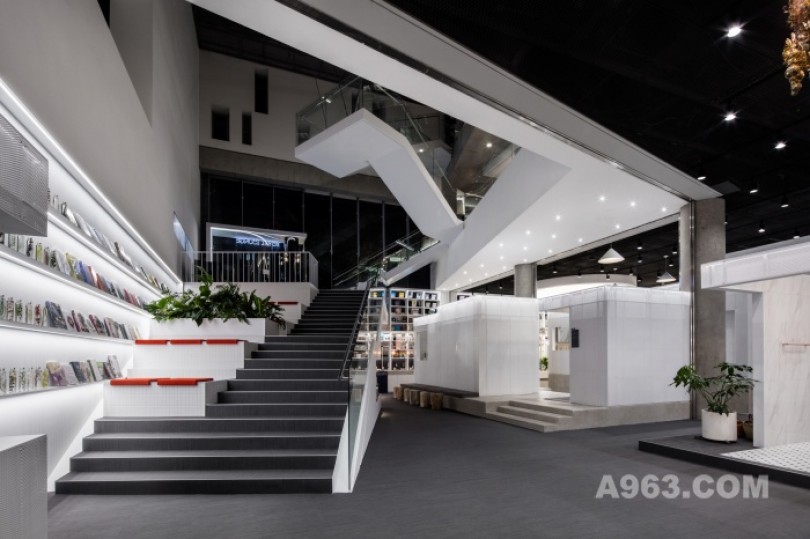